A series of three workshops With Troy Devaney

Interested in the art of songwriting and not sure where to start? Or perhaps you would like to develop your existing songwriting skills? Then this is the course for you. Focusing on the method, structure and creativity of songwriting, this 3-part workshop will provide you with the skills and confidence you need to continue on your journey as a songwriter 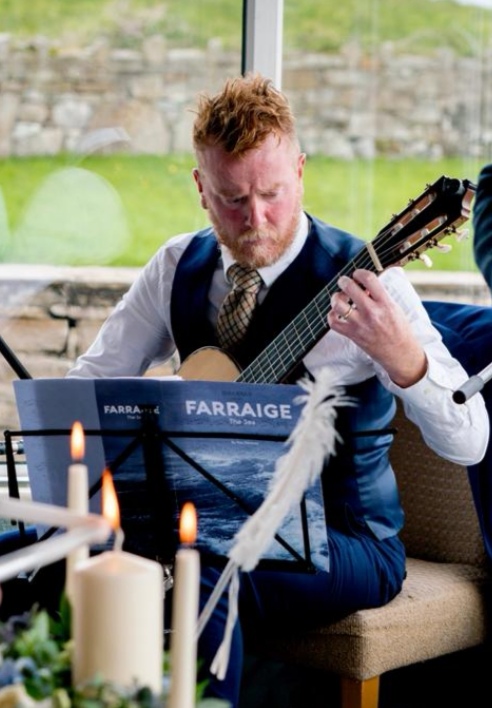 Troy Devaney is A classical guitarist based on the Donegal coast. Troy’s training was through the Associated Board of the Royal School of Music. (ABRSM) Always keen to grow and develop as a musician he’s attended numerous workshops both here in Ireland and the UK and is presently studying towards a diploma in performance with ABRSM. Troy began his journey into the art of songwriting as part of the Dublin band ‘The Mysterious Chords’. After touring and recording for 10 years he then moved to the North Wests’ Wild Atlantic Way. Passionate about all things creative Troy is an active member of the Butt Drama Circle where he won a scholarship award at the RTE All Ireland Drama Festival 2019 and is currently developing and writing his own play. As well as his full time job as a guitar teacher from his studio in the Finn Valley he’s a facilitator with the Music In Action program run by the Balor DCA which brings music into our National Schools. Troy remains active with these groups and in his own individual songwriting and compositional work.