Hosted by The Song House with David Ingerson

Join us this October for another online Raking gathering. The Song House invites you to gather in the spirit of sharing a yarn, a song or whatever you’d like to bring along. You are welcome also to join us as an observer. 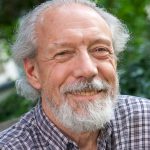 David Ingerson has been singing traditional Irish songs for over 40 years. He has visited Ireland many times, attending and performing at music and singing festivals and sessions, collecting songs, and researching the backgrounds of songs. During his visits he has studied traditional singing under dozensof Irish singers, including Paddy Tunney, Roisin White, Lillis Ó Laoire, and Seamus MacMathuna. Hehas performed on the stages of folk clubs throughout the Northwest, including the Northwest Folklife Festival in Seattle, Tumbleweed Music Festival in Richland, and the Princeton (BC) Traditional Music Festival, and has presented workshops at numerous folk singing camps and festivals. He was the winner of the Oireachtas Cheanada sean-nós singing competition in 2020.He was one of the founders and teachers at the Sean-nós Northwest Festival of singing, dancing, and the Irish language (now in its 14th year), as well as being the president (now emeritus) of the Portland FolkMusic Society.